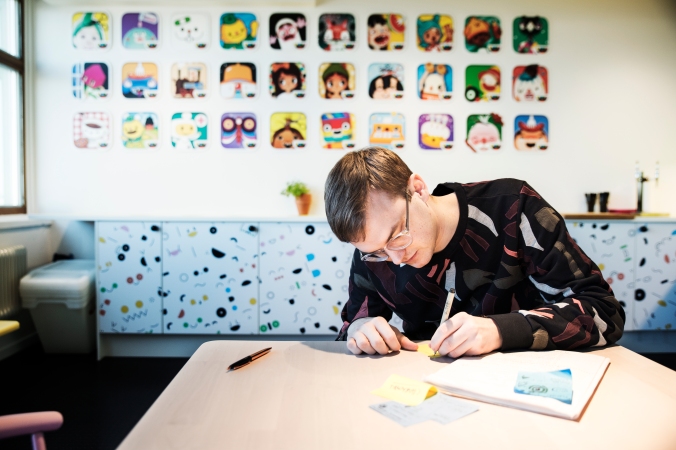 Svenska Tecknare is an association that organises Sweden’s professional illustrators and graphic designers.  Among other activities they host the design competition Kolla!

The competition awards work in a variety of categories within design, illustration, animation and moving images. I was asked to chair the jury for Moving images and interactive media.

For this I was interviewed (in Swedish), where I talked a bit about my work-life and how I ended up at as a Play Designer at Toca Boca in October last year. The work process  in the jury was also covered in another article as one of the efforts to make this years Kolla! a more transparent competition.

It was really fun to be a part of this, reviewing such a variety of projects some with really grand qualities. It has been a great time working with the awesome people in my group; Roxy Farhat, Vian Tahir and Peter Ström.